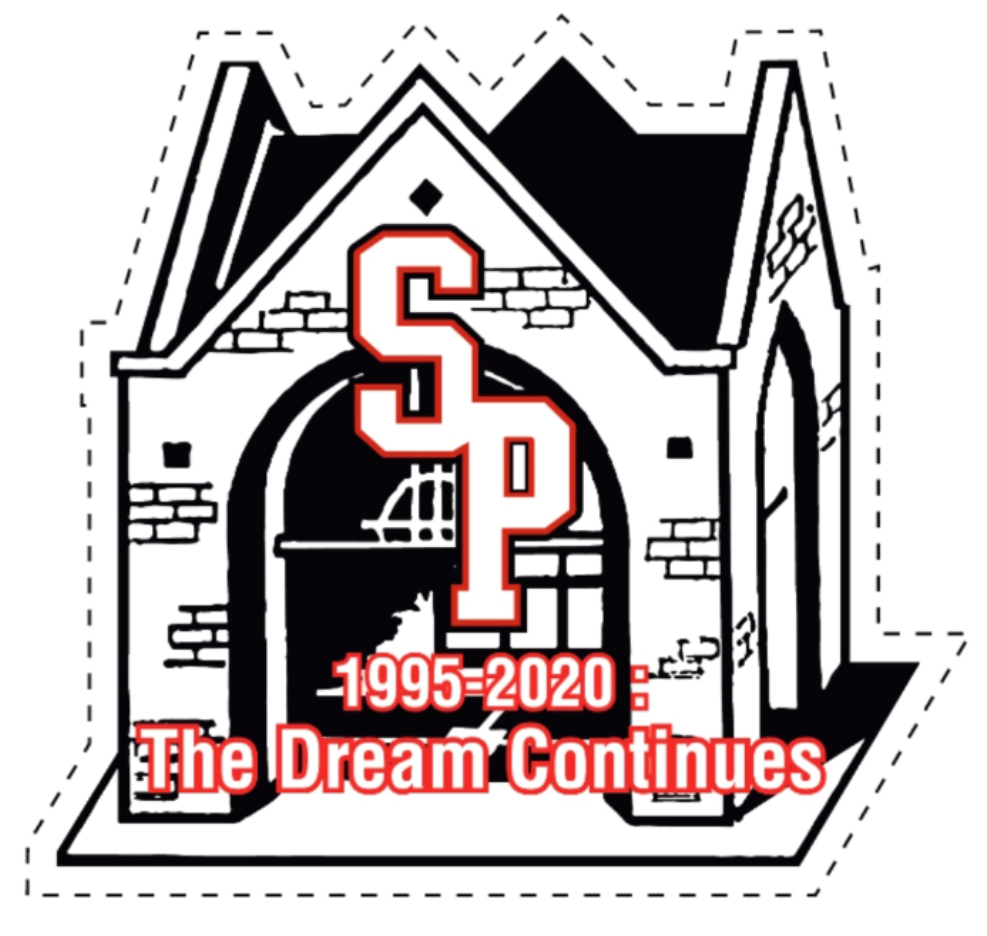 Editor’s note: This is the third in a three-part series about the St. Paul Convocation Center, which celebrates its 25th anniversary today.

NORWALK — Often times, it's the little things in life that leave an impact.

Jason Schaffer remembers one subtle moment on the night of Dec. 16, 1994 — the night the St. Paul boys basketball team hosted Mapleton in the first-ever game inside Father Harvey Keller Gymnasium at the Convocation Center.

“Just being able to look down and have pride in seeing your own colors on the floor,” said Schaffer, a 1995 St. Paul graduate who was a senior in high school at the time. “It was something we were all proud of … but it was also just nice to have a place to call home.”

The changes in the opening of a brand new facility for athletics typically focuses on how nice everything is, from the updated and new equipment, to the seating and general visuals.

But times were very different prior to that December night a quarter of a century ago. While everything was brand new and top-notch inside the Convocation Center, quite simply, those involved in winter athletics at St. Paul were just thrilled to have their own building.

‘Living out of a suitcase’

Everything stayed in Mike Smith’s trunk of his vehicle.

That was life as the boys basketball coach at St. Paul prior to the 1994-95 season. With no regulation-sized gym on campus, the Flyers used the Norwalk Middle School Gymnasium for practices and games — but only when the Norwalk Truckers’ athletic teams weren’t using it.

“Everything was in the trunk of my car,” Smith said. “Water bottles, basketballs, uniforms — everything you needed for a game or practice.”

Smith coached five full seasons prior to the move to the Convocation Center. Athletic Director John Livengood was also in the early years of the same position he still holds today. He recalls a similar hurdle to having a home basketball game at the Middle School.

That included packing up and taking all the gate materials with tickets, money boxes, as well as a popcorn machine, candy and drinks for the concession stand. The school also used a giant red banner, ‘This is Flyer country’ to put over the padded walls underneath each backboard in an attempt to make it feel more like a home game.

“We’d load up several boxes of things to haul to every game, then pack it all up after it was over to take back with you — then do it all over again,” Livengood said. “It was quite a process.”

But the loading of necessities for a home game paled in comparison to the scheduling.

Livengood worked with Mike Grose, Norwalk’s athletic director at the time, on when the Middle School gym was available. Essentially, NHS filled out its basketball and wrestling schedule, and St. Paul pounced on the open dates and time slots.

When the Truckers didn’t have a boys or girls basketball home game, the St. Paul boys practiced from 7:30-9 p.m. The Flyer girls high school team and freshmen teams were still forced to use the tiny Monroe St. Gym on campus — currently and appropriately — used for junior high sporting events.

Back then, the junior high teams practiced at St. Mary’s Elementary, the current Early Childhood Center for Norwalk Catholic School.

If the St. Paul varsity and junior varsity girls’ hoops teams had a home game, sometimes it meant the freshmen teams also practicing at St. Mary. If there was a stretch between home games at NMS for the St. Paul girls and either of the Norwalk teams, then Smith and boys’ teams were forced to get maybe an hour in after school, or practice in the Monroe St. Gym.

And then there was the St. Paul wrestling team. It practiced across the street from the elementary building on Milan Ave. at the school’s social hall — except on the popular bingo nights. On those days, the Flyers had to get a quick practice in after school, move out the mats for bingo, then move them back in the next day.

“Logistically there was a ton of work and communication that had to take place every single day,” Livengood said. “It wasn’t one of those things like now where you put the schedule in, talk to coaches and make tweaks on who is going early or late.

“You had to work around practices and games,” he added. “Every day it was always evolving.”

When the Convocation Center was officially open for use, it was a game changer.

High School teams had ample practice time and space right after school. The junior high teams were next door in the Monroe St. building, and the wrestling team had a room that is still located upstairs behind the balcony of the home side of the gym.

“It just opened up so many more avenues for quality practice time, and opened up the doors to a lot of things like hosting wrestling and basketball tournaments,” Livengood said. “None of that is to mention was a beautiful facility it was and still is.”

Smith doesn’t remember much of the first official game played in the building — a 79-50 win over the Mounties.

“What I remember more was the prep and excitement that went into the construction of it all,” he said. “Just all the help from the community as it slowly started coming together to look like a building, then a gym and a locker room.”

“To be able to take someone's vision of saying we needed our own gym, and for someone to say we could do this — it was just awesome,” Smith said. “It took a lot of work from a lot of people who came together and utilized their skills from their trade.”

The opening of the venue also coincided with a tremendous run of success. In their first three full seasons playing inside Keller Gymnasium, the Flyer boys were 28-2 at home with three Firelands Conference titles as the team played in three consecutive regional championship games and advanced to the Division IV state semifinals in 1996-97.

The girls teams have won four FC titles and appeared in five Div. IV district title games, including the program’s lone regional appearance in 2000-01 since the building opened.

All told, the Flyer boys have 17 home seasons in 26 years — counting this winter — without a losing record at the Convocation Center. They were just five wins away from pushing that number to 22.

Counting this season, the girls program has just three years out of 26 where it didn’t finish .500 or better at home.

In the fall, the success is even more widespread. The volleyball team has won 20 of a possible 26 FC championships playing at Keller Gymnasium, including six trips to the Div. IV state semifinals that have produced two state championships (2002, 2006) and three runners-ups (2004, 2007, 2009).

“It did give us some momentum,” Smith said. “We were obviously blessed with a lot of really good players on our sports teams, but this definitely gave us a jumpstart.”

As two people who have been involved in all 25-plus years of athletics in the building, Livengood and Smith have a greater appreciation for those earlier years.

“Sometimes when you get nice things like that, you do tend to take it for granted,” Livengood said. “But those early years, having to deal with that, you never forget it. It was a great working relationship with Norwalk, and we appreciated that, but our kids waited five hours to even practice after school. Those were tough times on the players and coaches.”

Added Smith, “We talk to our kids all the time about taking care of this building and understanding what people sacrificed for them. You can't say please and thank you enough — and this building is a perfect example of that."